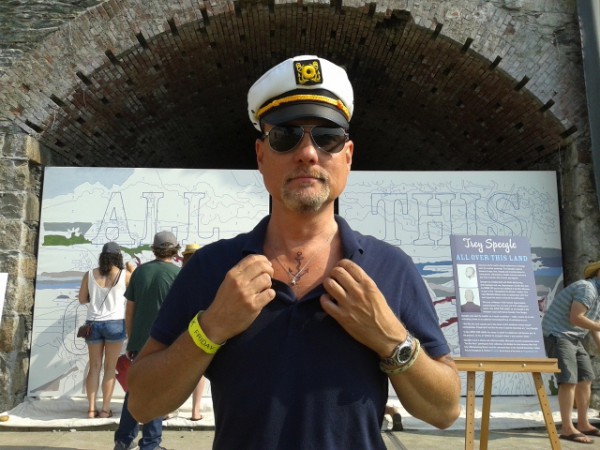 Mosaics and puzzles are ancient and continuous modes of human thought wherein which a single unit combines into a whole; both are art forms whose nature calls for unification. Trey Speegle’s paintings (http://treyspeegle.com/) are directed puzzles/mosaics, an assemblage of fractions combined to elicit unity that often invite communal action or viewer involvement. His inheritance of the historically important collection of antique paint by number kits, originally assembled by Michael O’Donoghue, has been seminal to his oeuvre to date.  His works generally begin as large-scale re-creations of particular pieces from the collection.  The act of working through this re-born/re-scaled and re-directed linear/numbered architecture as skeleton for a new painting is the act of playing and pushing between a set super-ego stricture (paint all number 3’s blue, all 4’s green) and a rebellion (smear paint gesturally, invite an audience to paint within their own set of interior guidelines).  Speegle’s work resonates with an immense innocent pop happiness tinted by the flavor of an adult awareness and sometimes, but more rarely, an adult irony.  It uses convention to push the very boundaries it declares.  What follows is an e-mail conversation I had with the artist concerning his work.

QAR: One of your first paint by number works was a reference to Braque/cubism.  I feel a strong relation between the paint by number schema and the 20th century’s cubists/futurists.  The Braque mention makes me think you do as well. Talk to me a little about this…

TS: Well, to give you a little history, one of the first paint by numbers produced was based on a Braque/ Picasso-esq still life. I’m working on a new photo series using this piece. I’m inserting a vintage painting (it’s from 1952) into a variety of residential interiors to produce a portrait of the person(s) living there. I got the idea to do it because of the specific kind of California light… and also my friends have very different, but equally interesting spaces in LA that I knew would accommodate this image. What I wasn’t prepared for was how perfectly Abstract Number 1 fit into every room I put it in. I almost left it behind three different times it looked so good in each temporary home.

As far as art movements, I happen to think that paint by number kits were the first pop paintings and the first pre-packaged conceptual works too. You are asking someone to paint a piece you’ve prescribed and yet, each one becomes an original. There’s a lot more there than meets the eye. I’m continually “mining” this source.

QAR: Your projects often take on a collaborative/performative aspect where in which the viewer is encouraged to paint within the paint-by-number boundaries you define.  You ask your participants to use color to find a personal creative freedom within two layers of predetermination. Do you think stricture helps to awaken a creative aspect in others? Does it in you?

TS: I was asked to be in this book “CREATIVE BLOCK Advice and Projects from 50 Successful Artists” and one of the exercises I give addresses this specifically. As I say in the book, you need to create a specific vision with a set of parameters that are fairly tight, but allow you enough room to play with them, explore and expand. This is an issue with making prescriptive work that is inherently organic. 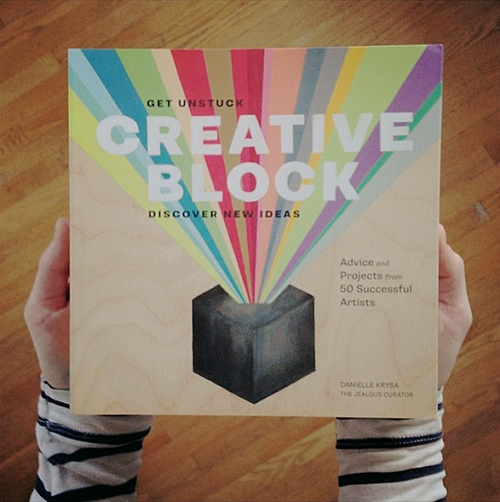 QAR: You talk about information delivery systems in relation to the various modes of how your work is seen, i.e. your gallery, your collaborations with retailers and fashion designers.  In what way do you feel most happy with your work being seen?  How can young contemporary artists break out of the gallery system as the singular delivery system?

TS: It sort of depends on the kind of work you are doing. Paint by number started out in the mass market, so it naturally goes back that direction pretty easily. I think however you can get your work into the world that still keeps its integrity, go for it. The walls have been crumbling between the different contexts over the last few decades and younger artists are quite comfortable with newer “delivery systems”… (Instagram, Twitter, retail collaboration, luxury goods, street art…) I think the gallery system is still necessary and can be fantastic, but it can be very restrictive as well, whereas a collaboration, like I did recently with Squarespace at the Newport Folk Festival, can be seen by thousands and thousands of people that might not seek out my work in one of my gallery exhibits.

QAR: A handful of your works deny the cleanliness of boundary through gestural expression (paint drips, Twombly-like scribbles) on top of or next to the number schema.  Are you more comfortable outside or within lines, in which voice do you think your art sings louder?

TS: Well, I think I’m more known for the text based pieces incorporating vintage paint by number on canvas and I think that is still the core of my work, but I’ve branched off into new disciplines of late which are looser and sometimes devoid of text that I like just as much.  As I said before, within the parameters I’ve set for myself, and that I continue to refine, I let myself play and expand. However, once you are known for a certain type of work you can feel obliged, by expectation and even the market, to stay in that box to some degree. Creating works that you are recognized for can be both a blessing and a curse – but I’m not so well-known that my fame has become a burden just yet.

QAR: Tell me about your current body of work and the direction in which you see your art moving…

TS: Well, I don’t know how to talk about it honestly.  I have ideas for several new series that I’m still working out… without visuals and not having worked through the concepts myself, I’m afraid it wouldn’t be interesting to the reader and I myself would look back and say, “That was stupid –NOT where that series was headed at all.”

QAR:  I would love to hear about your upcoming projects and give our readers a sneak peek at your current body of underway work…

TS: I’m in several upcoming shows that have yet to be worked out entirely; one at the Cornell Museum in Florida called “Language Art,” another in San Francisco with the artists from the book “Get Unblocked” and possibly a solo show in Seoul… and a solo show in New York next spring. Right now, I’m exploring the idea of making the NY show a “studio visit” where I essentially recreate my studio within the gallery and create work during the run of the show. It wouldn’t be static… you could visit it multiple times and see different work on display and in the process of creation…. I’m still trying to define the concept but I’m excited about doing this type of show.

I just finished these two commissioned pieces here, “Welcome Home” and a mural “Be Here Now”. Those plus the painting, mirror and chalkboard series “Abstract Lighthouse” and Abstract Sailboats” and the mural “All Over This Land” comprised my summer.