History is mythology: a construction.  To reflect on time is to devolve the infinite dimensionality of reality into a one track linear narrative.  My memories alone are fabrications enough; they are directed by my subjectivity and are forever limited next to the expansiveness of phenomenological actuality.  History is this kind of hallucination multiplied exponentially; it is the multi-generational co-mingling of subjective interpretation of event, and the subjective interpreters are the conquerers and hierarchical dominators.  The dominate power structure hallucinates our history for us, and we cling to non-truths doggedly. The conflicts we pursue and repeat intra-culturally are based on the fever dreams/hallucinations of our dominate power structures. 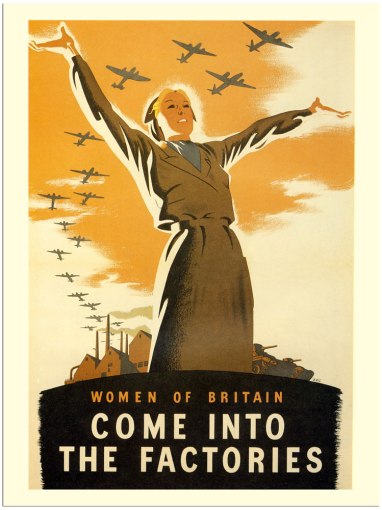 They are simulacra-copies and repetitions of an unreal origin.  The conflicts are not real so how can they resolve? In the 21st century we are fighting a cold war, a border war, a race war, a gender war, a war over the holy-land. These conflicts are cyclical, seemingly unresolvable, and repetitious beyond measure. 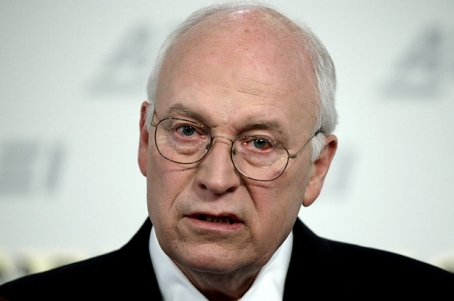 I believe that like Freud’s theory of repetition compulsion(1), wherein which a patient unconsciously repeats behaviors caused by unconquered neuroses in an attempt to face again and defeat the point of psychological disruption, man’s collective unconscious causes a communal repetition of original conflict that parallels Freud’s theory of individual compulsion. So, cultural conflicts are based on the created histories decided by those on top of our hierarchies.  The conflicts repeat in a collective unconscious push toward resolution.  Repetition compulsion can only be resolved through manifesting the origins of the damaging conflicts within the conscious mind.  The origins of our damaging conflicts are abusive power structures that need to be dissolved and/or restructured. Resolution can be sought only through a cultural realization of the unreality of linear history.

I long for the stability of the repetitious and I am not alone in this.  I go to the same places, eat the same foods, look in the same directions, have the same conversations, on and on. I make the unfamiliar familiar through repetition.  My mirror neurons allow me to imitate how I see others act.  I feel in my body (nerve cells fire) when I witness human action. My physicality is the repetition of my species for our whole biological existence. My thought patterns are formed by this repetitious biological structure.  I am the architecture of an objective history of repetition. 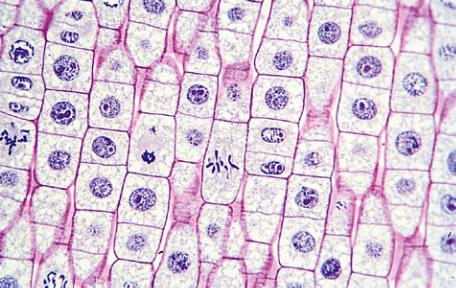 Eukaryote(cells with organelles and a nucleus) undergoing replication multiplication, also known as mitosis

Art is formed through a cultural and unconscious repetition.  When an artist lands upon an original formal language, a resonant visual analog of a deeply rooted archetype, that vision is repeated in a directly mimicked formal visual language ad-nauseaum due to the human pleasure and basic comfort gained from the act of mirroring. Like a biological system, particular innovators and technologies mutate the set formal structure within which the speaking archetype is depicted. Dogma and political structure also put force and strain upon this type of cultural evolution.

Rogier Van Der Weyden’s “The Deposition of Christ,” was copied ad-nauseam after its spark of genius lit fire to the imaginations of the 15th century Flemish circle of artists.  It is perhaps one of the most recreated and influential Christian paintings in all of art history.  Like a great jazz standard or a classical piece of music, the work’s content evolves from artist to artist, it is muted, manipulated, and re-birthed continuously, but the pleasure of the repetition of its core composition resounds.  Repetition penetrates its immediate structure, for each figure there is another forming an expanding symmetry.

Master of the St. Bartholomew Altar, The Descent From the Cross 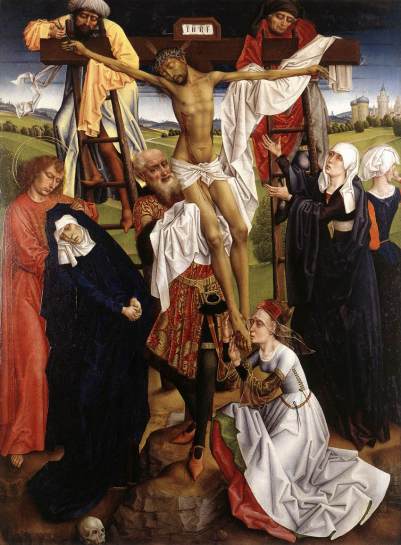 So what kind of conclusion can be drawn when our inescapable and pronounced urge to do, be, make and act exactly the same again and again and again blooms conflict and war right next to art and culture?  This repetition is in our genes, our biology, our planet, our psychology; how could or should this bubble burst, will it or how laughably and clearly wont it?  We are wheels, cogs in a machine, like Islamic geometric prayer patterns creating the illusion of movement in the eyes of one meditating on us.  Like the retold story, the end can forever began again.

1.The Repetition Compulsion. To paraphrase Sigmund Freud’s 1914 work, “Remembering, Repeating and Working-Through,” a patient unconsciously repeats behaviors caused by unconquered neuroses, yet these behaviors fly in the face of the pleasure principle, the most fundamental of human motivations.  This confounded Freud and lead him to formulate “Beyond the Pleasure Principle,” in which he introduced concepts of the death drive.  He also theorized that behavior repetition was the psyche’s longing to confront again the situation that scarred it in an attempt to overcome and heal. The psychoanalyst believes this can only be accomplished by making conscious within the patient the event of scarring activity from which the neurosis developed.